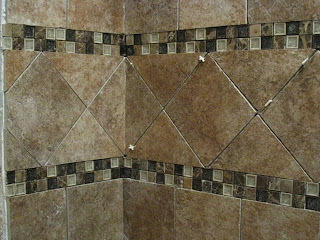 We’ve been dealing with a bit of shower drama the last few days, but things to be on the right track, quite literally. We spent most of today measuring and cutting track and getting everything ready to install with ze caulk. As you can see by the pictures below, we’ve finished a great deal of the electrical work in the bathroom, including three outlets and a light switch. And yet, negotiations on what exactly we’re going to do with the vanity are still ongoing, making the choice of lighting in that particular area a bit of a sore thumb. 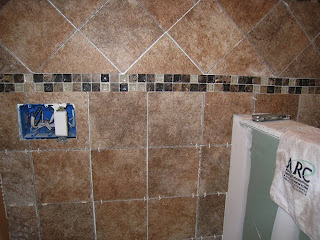 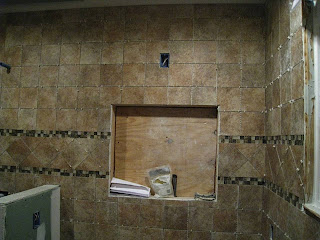 Still, I’m very excited how the tiles came out and the fixtures we have for the shower itself are on their way. An original concept had us adding a soaking tub to the side of the shower but those plans were abandoned upon further investigation of the budget we were working with. Plus, I’ve always enjoyed an open bathroom with space to spare, and that looks like what we’ll have at the end of this project. We’re also finishing up the divider tonight, if all goes according to plan. I will put up more information and pictures as I can get to them, ladies and gents. 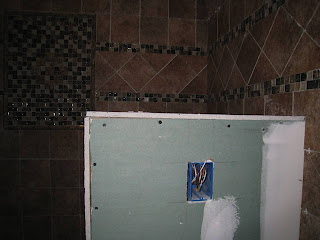